How to find us News

Welcome to the hotel Vauban in Besançon  Franche-Comté

The hotel Vauban is a 3-star charming hotel located in the historical centre of Besançon along the Quai Vauban, which is made up of beautiful 17th-century houses with archways.
Ideally located in the heart of Besançon, you could enjoy a stunning view of the Place de la Révolution and Musée des Beaux-Arts in the east and the Doubs banks, Pont Battant (bridge) and Eglise de la Madeleine (church) in the west. 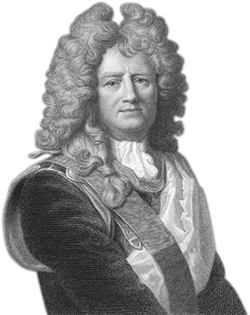 Sébastien Le Pestre de Vauban (1633-1707) is a multi-faceted man: a French engineer, military architect, town-planner, hydraulic engineer and essayist who figures among philosophers of the Age of Enlightenment thanks to the number of his writings.
He also was an expert in poliorcetics and provided Kingdom of France with a "  une ceinture de fer"    (Iron Belt). He was nominated Marshall of France by Louis XIV. 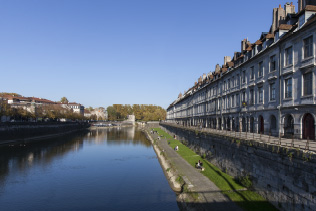 Historically implanted along the river, Besançon and its ideal topographical situation were noticed by Jules César during the Gallo-Roman era and gained in importance by the name of Vesontio.
Encircled by the River Doubs and by seven hill-forts and overlooked by the citadel built by Vauban, this town acquired strategic military significance in the eighteenth century.
The establishment of a clockmaking factory at the end of the 18th century marked the beginning of a strong activity in this sector.
The Network of Vaubans major sites, which was created in March 2005 on the Besançons initiative, inspired the theme of this hotel. This Association Law 1901 inscribed the 12 sites fortified by Vauban on the World Heritage List and aims at preserving the work of this famous architect. 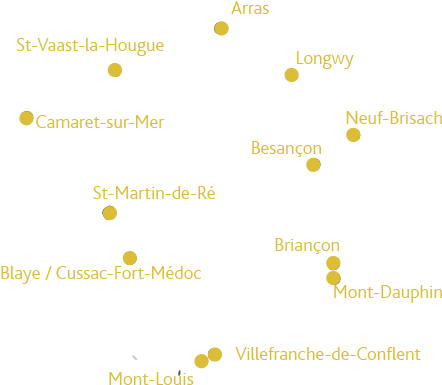 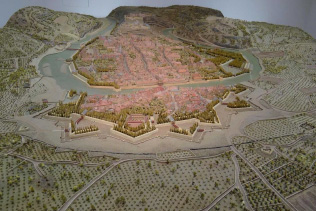 In addition to Vaubans fortifications including ramparts, bastions and a citadel, you could admire many architectural monuments tracing the history of the city.
Then, at the bend in the streets, you would appreciate amongst others the Gallo- Roman vestiges in the Square Castan, Porte Noire, Saint-Jeans cathedral, Palais Granvelle in which you could visit the Musée du Temps (Time Museum), as well as many promenades, gardens and fountains.